It has been forever since I have been on the forum, but I finally finished the build that I have slowly been working on in my free time for quite a long while. So here are some pictures and descriptions of the build:

First I made a jig to hold four baffles for machining at once. I was lucky enough to have access to Haas Mills and a Haas TL1 lathe for this project. 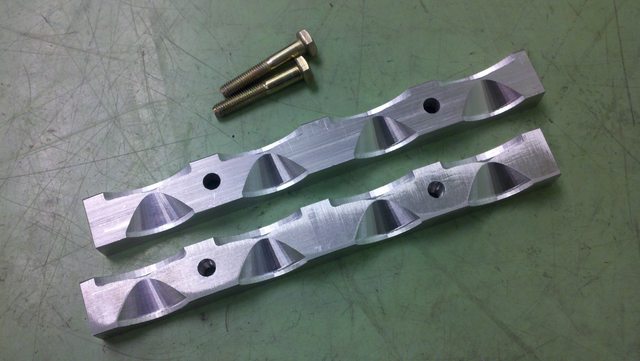 Next I did the outer contour of the baffle stack on the TL1. I did a test of the contour on aluminum so I did not risk messing up my chunk of titanium (there was never any bore hole, or any way to use this as a suppressor part). 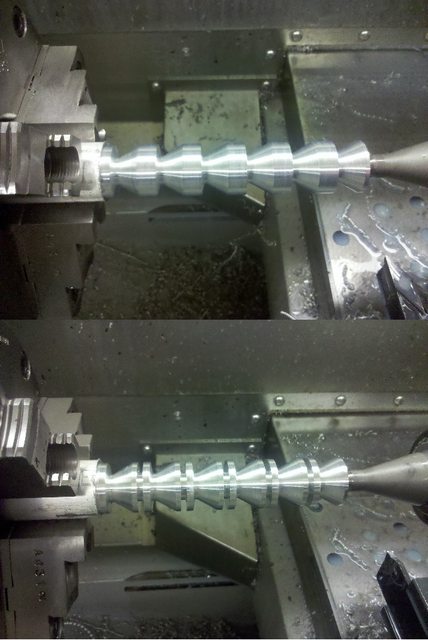 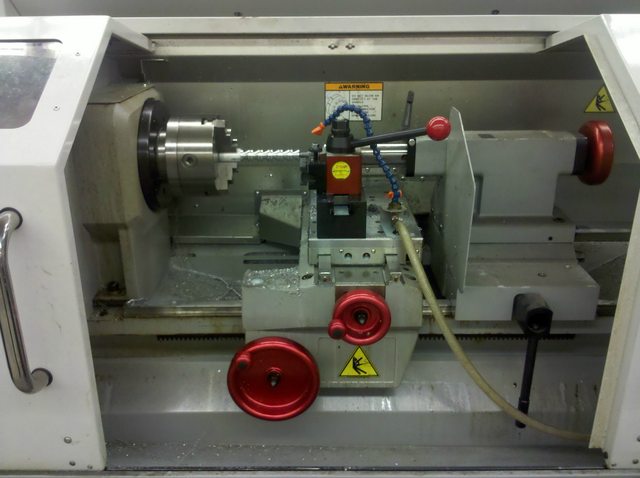 And the titanium contour: 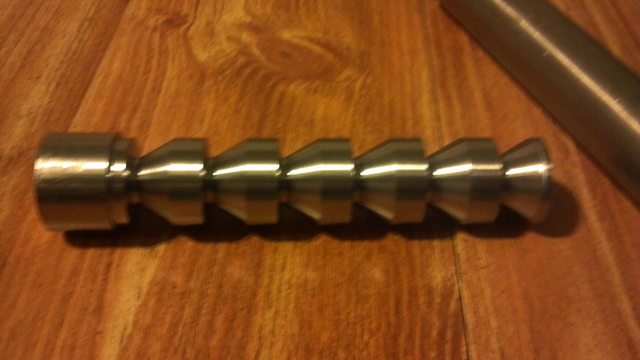 The baffles were then parted and the jig was used to machine the baffle face and cone. 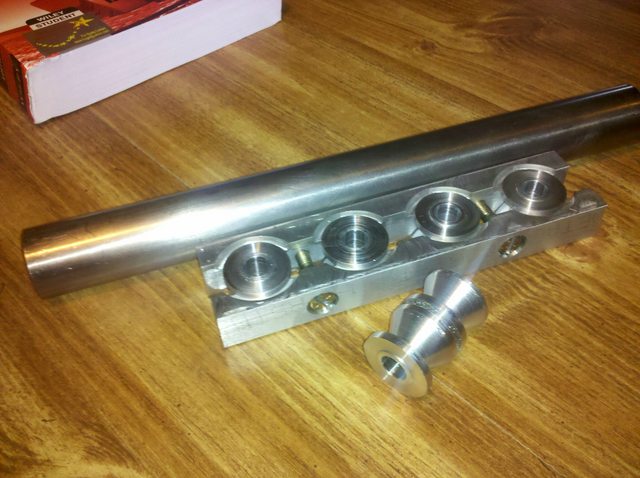 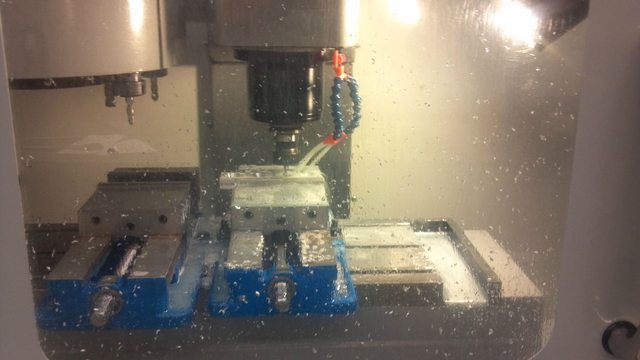 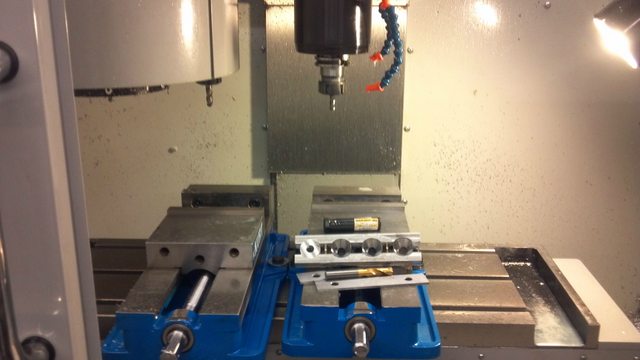 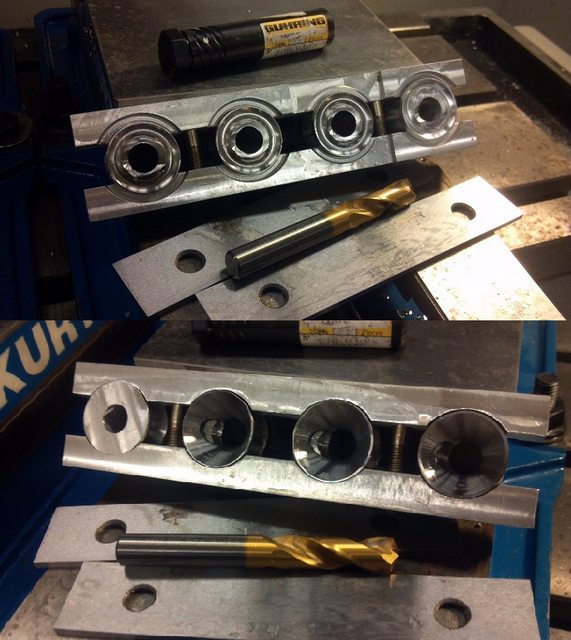 Next, the booster and rear endcap! I used stainless steel for the booster, rear endcap, and the booster sleeve. I didn't find very many good pictures of booster setups, but to keep from wearing on the titanium tube, I designed my booster to be in a .0625" thick sleeve that is easily replaceable. This sleeve also keeps the baffles from trying to move around while the booster is in the out position. 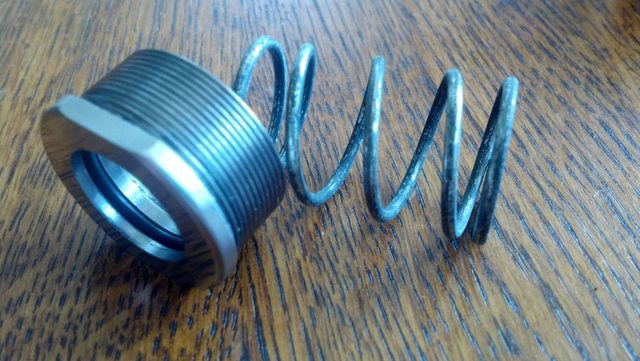 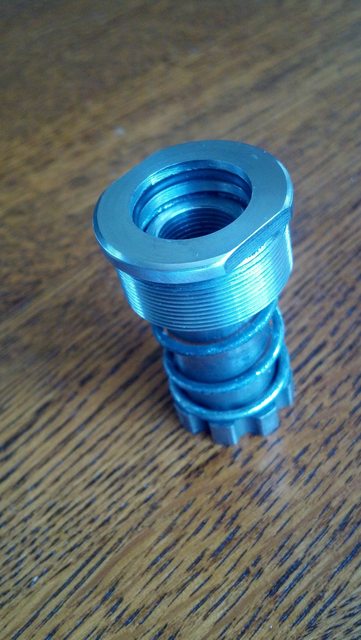 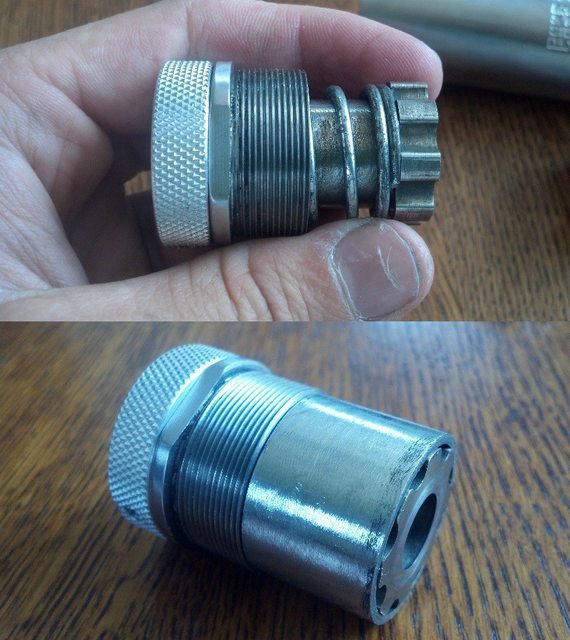 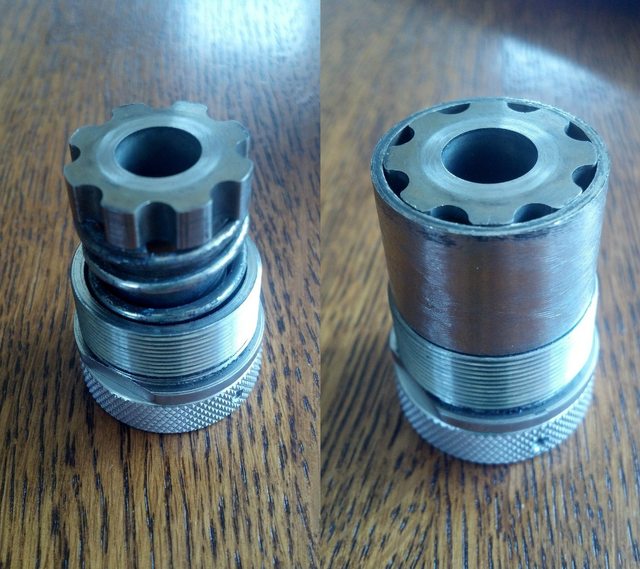 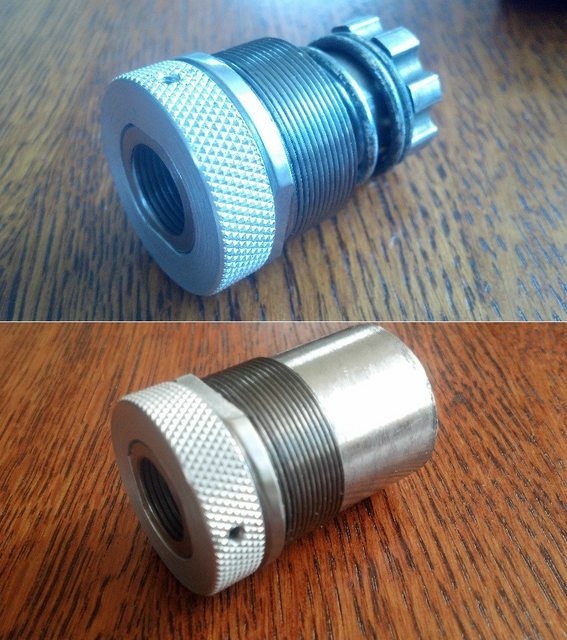 And some pictures of the completed deal: 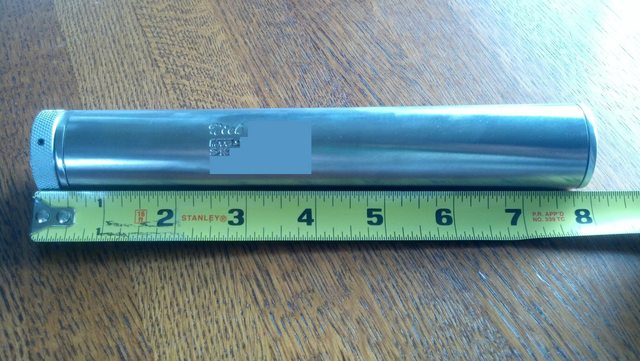 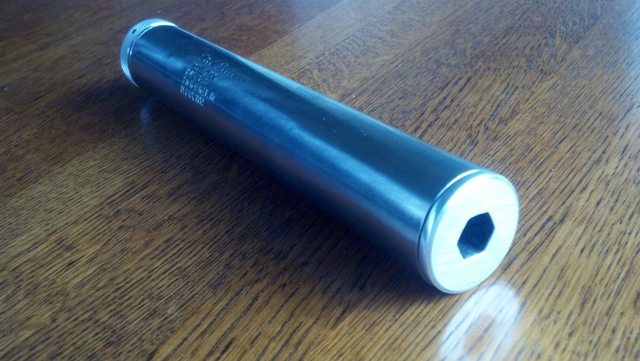 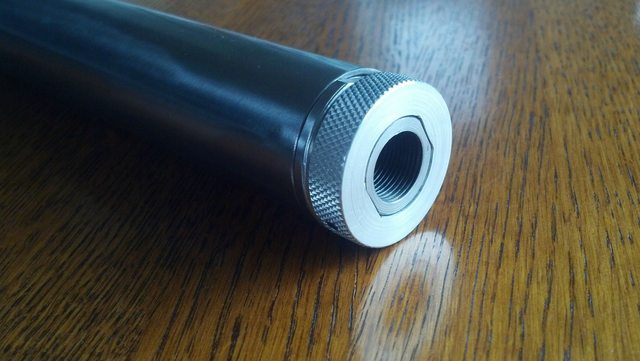 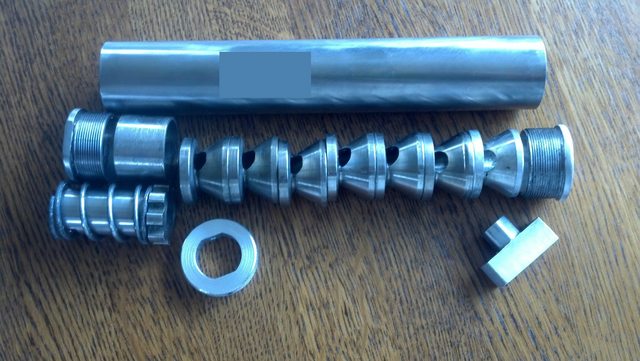 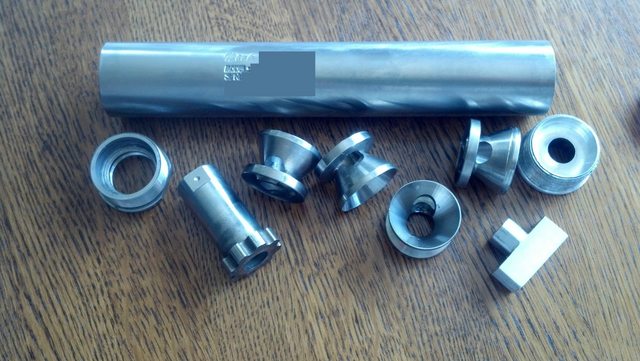 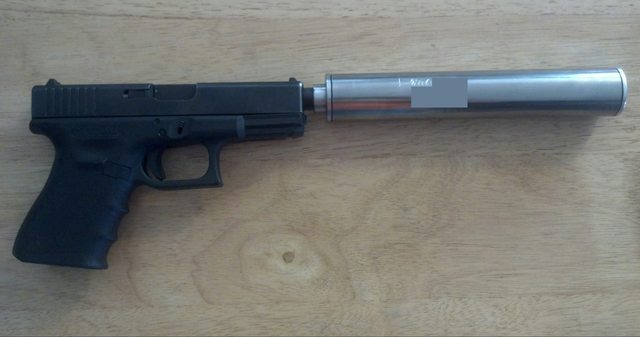 I am having my slide machined for the Trijicon RMR I just picked up, and I will be putting suppressor night sights on as well.

---------------- EDIT ------------------------------
Also
It cycled great right off the bat! I haven't had any problems with cycling, and I did a halfway slow motion video with a gopro that allows you to see the booster pull out in one frame.
It can easily be shot without earplugs normally and it is wicked quiet when shot wet, less than a .22lr. I am shooting 180gr bullets with about the maximum load of Red Dot. I was amazed how well it worked, as I have never seen another pistol suppressor being shot in person. I wish I had an industry can to compare it to

VIDEO: http://youtu.be/fQYvVbitx9k
Filmed with gopro, so not the best of sound. Remember, these are 180gr with near max load of red dot.

by Dr.K
This is what it looks like when your cup runneth over with winning.

Thank you for inviting us in to see.

by CThomas
Another one in a league of its own.

One question though. Why not squeeze in another small "K" in the front end cap?

One question though. Why not squeeze in another small "K" in the front end cap?

It is hard to see in the picture, but I used a rounded tool to cut a ring that is about half the depth of the endcap to add volume and make it resemble the face of a baffle.
I wish I could legally make a spacer to replace a baffle with so I could see if having one baffle less would affect the suppression much; I think that I could shorten the whole suppressor by one baffle without too much difference.

by McLarenross
Sweet. beautiful machine work man. Ive been contemplating submitting a F1 for a pistol can here recently so the I appreciate the pics and experience. Where did you get the spring at if you dont mind me asking?

McLarenross wrote:Sweet. beautiful machine work man. Ive been contemplating submitting a F1 for a pistol can here recently so the I appreciate the pics and experience. Where did you get the spring at if you dont mind me asking?

McMaster-Carr's website, I used part# 9657k362 (Steel Compression Spring, Zinc-pltd Music Wire,1.50"l,.970"od,.080"wire), and they come in a six pack. The spring is the only part in my can that I am not sure about in terms of corrosion resistance, I am interested to see how long it holds up.

by rancilio
Excellent. Thanks for sharing.

by mx201er
Added a video to the first post!
All times are UTC-04:00
Page 1 of 1
Powered by phpBB® Forum Software © phpBB Limited
https://www.phpbb.com/