So I stole this scenario from another forum:

There are 100,000 medieval soldiers coming to attack 100 people including you. You get to arm everyone with any modern weapon with practically unlimited amount of ammo, what would you arm everyone with? (Not everybody has to have the same weapon)

I'd deploy 4 squads as a decoy facing their main force, and keep 2 squads each hidden on either flank of their force. The remaining 2 squads would be held in reserve until called for.


Of the 6 remaining squads, I would have:
2 heavy weapons squads (Echo 1 and 2) armed with Mortars, MK19 grenade launchers, recoilless rifles, etc.),

2 squads of marksmen (Mike 1 and 2) armed with suppressed semi-automatic rifles (probably AR15's chambered in 300BLK) dispersed in concealed nests around the field.

There would be 100 meters between fire groups alpha and bravo.

Romeo 1 would be deployed approximately 500 meters behind firegroups alpha and bravo, aligned with the gap between them.

All the foxholes should have light wooden coverings designed to fend off arrows and other expected mediaeval projecile weapons. The booby-trapped trench should be left uncovered.

Sierra 1 and 2 would be deployed in sniper nests along the expected linear front of advance of the opposing force no closer than 300 meters and no farther than 600 meters away.

Firegroups alpha and bravo will act as the decoy. They will lure the enemy into a pre-selected linear front of advance by directing visible suppressive fire in their general direction. Once the enemy has spotted the firegroups, they should hold fire until the enemy has entered the minefield.

Inmediately after, their main force should be split into two by motorized squad Romeo 1, charging through the gap between firegroups. Sierra 1 and 2 should redeploy to cut off the enemy's line of retreat.


The remaining 2 pockets of the enemy should be trapped between the firegroups, heavy weapons fire, and sniper fire, which should then proceed to effect a mop up.

What's your plan?
"There are no stupid questions, only stupid people". -MAJ MALFUNCTION
Top

100 people with modern weapons? Easy 10-33 M2 or M3 Bradleys with a mix of dismounted Infantry or Cavalry Scouts. They would decimate the medieval soldiers with the 25mm HE rounds, 7.62mm M240 and Tow Missiles, Plus be protected by the Bradley's armor. The dismounts would handle any stragglers.
Going a little more discrete here due to some of my opinions...
Top

the tanks would certainly address any concerns I had about distance but I was really thinking more along the lines of a few Apaches, Blackhawks, take your pick.

That's what I learned from COD. 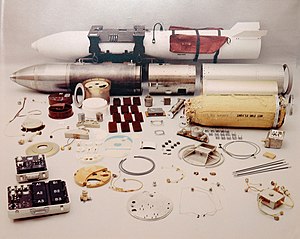 America is not at war. The U.S. Military is at war. America is at the mall.

With unlimited ammo you can wipe that size force out quickly with 10-15 of them just spraying and praying.

Or use something like a MK19 to funnel the bad guys into your field of fire for the Mini-guns. People in battle can be treated like cattle.....simply direct them where you want them to go and they meet their maker pretty quick.

That works if you have a 100,000 medieval army oarde coming at you, if its sporadic spread over time then GPMG's and precision fire would suffice.
Top

Just in case,
Give your "wizard" a megaphone, a very powerful bright light.

Too short sighted. Killing too many reduces the tax base of your new kingdom.
Drop enough sniper pills into the nobility's pavilions to bring them to the bargaining table, but have medium machine guns ready to stop the inevitable attempt at a double cross with heavy cavalry.

I forgot to cite my inspiration (if it wasn't obvious).

@ROF, mine only kills the ones that aren't influenced by my "wizard".
https://www.facebook.com/DareDefendOurRights
Top

10 guys with AK's or two Lewis guns could do it. You are way over thinking this.
Putting the laughter in manslaughter
Top

Absolutely no reason to kill them all. What are you going to do with 100,000 rotting bodies spreading disease? Who's going to grow the crops, shear the sheep or butcher the pigs when the skirmish is over?
Just kill a few leaders in a spectacular way that can be attributed to something the medieval mind can comprehend, like magic...or god, and the remaining troops will be more than happy to serve you.
Imagine long distance shots of key leaders with a 338 Lapua, a few scattered HE or incendiary mortar rounds...with a colorful wizard to take credit for the magic. Definitely target THEIR wizards/monks first. Try to limit the carnage. The best won battle involves the least bloodshed on both sides.

Most of the rank and file are just conscripted farmers who don't really want to fight. You just have to make them more scared of you than their leaders...and then make it possible for them to retreat with their honor intact.
"I'm from the government...I'm here to help."
Top

Let Alec Baldwin invite them into the fort and then drop a MOAB.
Top

Large field between me & them, a few lmgs, lots of ammo. Rifle for everybody, lots of ammo, and a massive agricultural sprinkler system full of kerosene.
Top

YugoRPK wrote:10 guys with AK's or two Lewis guns could do it. You are way over thinking this.

...or one smallpox blanket.
https://www.facebook.com/DareDefendOurRights
Top

YugoRPK wrote:10 guys with AK's or two Lewis guns could do it. You are way over thinking this.

...or one smallpox blanket.


I think the medieval soldiers probably had enough smallpox of their own and probably had a few more diseases to share.
Putting the laughter in manslaughter
Top

3 sets of razor wired trenches to get to your brestworks, with two well cleared and firmly packed roads to invite the enemy in.

Channelize them and mow them down while the mortars target the rearmost troops and supply trains. When they retreat in bad order, pursue and destroy. About the time 10% of their force has been annhilated, the remainder will most likely beat a retreat.

Reminds me of that time I went back a couple of thousand years in time. I was on Nantucket, and there was this bright flash...
The moments I was censored was the moment that I won. That's twice, now.Thanks jwbaker, et al, for my victories.
Top

Ever seen a Howitzer battery fire for effect? Devastating. Coupled with a 24/7 aerial surveillance platform that can observe over 5000 sqkm of area day or night for weeks on end... invincible stand off range. And if they magically get near the perimeter, miniguns and sniper fire will mow down anything that moves.

Offensive arrangement:
Round up 20 of the artillery gunners, mount them in ten CROWS equipped Armored Humvees, drive out the front gate and them mow down people with automated 50cal & grenade fire.
I reject your truths and substitute my own realities
Top

Send them to public schools.
Get them addicted to NFL football, reality shows & short-attention-span news in air conditioned homes.
Let them purchase cheap Chinese devices that pretend to make things simpler while complicating their households.
Give them mediocre jobs that support the system above, and let them start families who are also addicted to the above.
Don't forget to encourage them to enrole the little ones in team-sports so that they are fully indoctrinated into the my-team vs your-team while forgetting how to think critically and to work out problems rationally via verbal exchanges of ideas.
Start selling them ways to exchange one-liner/bumper-sticker political jabs.

Do all of this and they will forget that they have something worth fighting for. It'll take the fight right out of them.
https://www.facebook.com/DareDefendOurRights
Top

I would give each person a MK38 and place them in a circle around our outpost.

"If you carry a gun, people call you paranoid. That's ridiculous. If I have a gun, what in the hell do I have to be paranoid about?"

I'll need one of these please A Exoatomospheric Kill Vehicle
Mom said I never learned to play well with others.

The only reason after 243 years the government now wants to disarm you is they intend to do something you would shoot them for!
http://www.silencertalk.com/forum/viewtopic.php?f=10&t=79895
Top
Post Reply
26 posts