by caelo4
My book just launched, and I am running a FREE promotion for this weekend. I am a gun nut like everyone else here. It is a fiction book that has loads of gun facts and firearms history. I did my best to mix in plenty of pro 2nd Amendment talk and conservative politics into the story. I hope I represented our knowledgeable and respectful community well. I have been a hobbyist and reloader for almost ten years and am a long time lurker on this and many other forums. Please take the opportunity to download it at no charge. The only thing I ask in return, please take two minutes to leave an honest review in the kindle store and tell your friends and family about it if you enjoyed it. Even if you don’t own a kindle you can download the app on any android or apple device. Thanks.

There is one blatant misrepresentation of a firearm manufacturer in the story, but it sounded so cool, I didn’t want to change everything around. I’m sure y’all will find it fairly quickly.

Book description:
FBI Agent Dana Simon is on the heels of one of the most elusive serial killers in our nation's history. They call him El Brujo, The Witch, and he is targeting influential and prominent individuals in positions of power. Her team is working overtime to pick up the little bits and pieces of evidence that lead up to an event that threatens to divide this country in half and recruit others into his cause.

Sample from Chapter 4:
There was a decent sized crowd in front of the courthouse when I pulled up. It appeared to be a mix of reporters, protesters, and fans. More and more were filing in every few minutes. I never understood why people would waste their time hanging out all day at an event like this. Did demonstrating do any good? Did things change when a couple of hundred people publicly gathered to express their disdain? How about fifty thousand? What if they bumped it up to ten million marching against an ideology? Now that would be a sight that would make anyone’s skin crawl.
I guess I couldn’t fault them. I was protesting in my own little way. But instead of picket signs and cheers, I was using a gun. History has shown people respond more to a showing of force. No one was going to take notice of a lone guy standing on the street corner shouting change. But place a rifle in his hand, and now he gains real power. I guess that’s why so many people in this country are afraid of firearms and why the topic of gun control is so controversial. I had read last week a six-year-old boy was expelled from school for chewing his Poptart into the shape of a pistol. Even if it had a selector switch for full-auto, it was still absurd.
Do we have a right as individuals to own firearms for our protection and personal use? The Bill of Rights says we do, at least how I interpret it. ‘Shall not be infringed’ seems pretty straightforward to me. I’ve heard the arguments that it doesn’t apply today, and our forefathers only adopted the idea, so we as citizens could take up arms against a tyrannical government if necessary. But I couldn’t see a time where it was more proper and fitting than right now. It is precisely why I am here outside of the courthouse. To exercise my right as an American, to uphold the security of our free state by bearing arms and fighting for what I believe in. And looking across the square at the hundreds of people utilizing their first amendment rights it seems our ancestors knew what they were doing when they wanted to create a more perfect union. 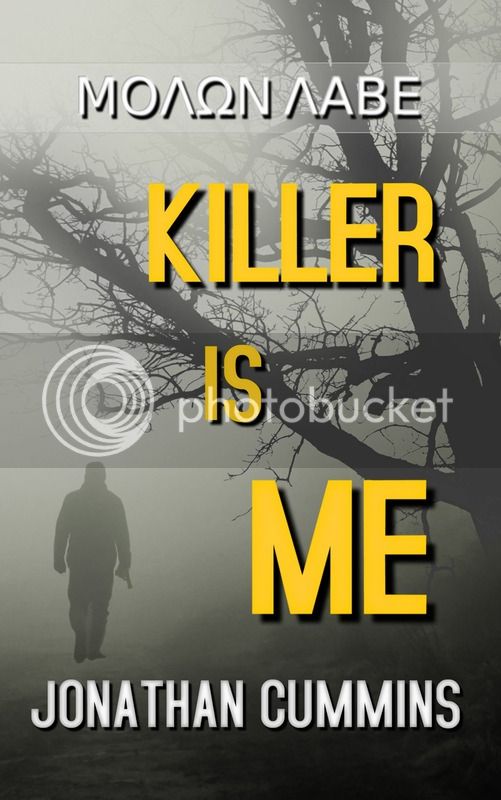 by whiterussian1974
Thanks for sharing your work of love. I dl'd and plan to read and write you a Great Review.

I already shared your link on some other sites.

by caelo4
Thank you for the support.

by caelo4
I want to thank everyone that downloaded my novel. It was a very successful launch weekend. I gave away almost 600 books. Not bad for a nobody! I am going to lower the price of the ebook down to $2.99 for the next week for those that missed out on the free promo.

by caelo4
The book has been a big success. I've got 17 reviews so far with a 4.5 star average. I am dropping the price down to $0.99 for everybody that didn't get to download it a couple of weeks ago. Thanks again to all those that grabbed it so far.

Reviews:
-This book was a surprise. A page-turner for sure!
-Loved it. Very well written and the storyline had me hooked.
-Very captivating. Once I started it, it was tough to put down.
-Suspenseful and riveting! This is the kind of novel that good movies are made from! I give it 2 thumbs up!
-I will read the next one. Interesting characters, action, guns, what is not to like? Would make a good movie.

by jlwilliams
I just down loaded it and I'm looking forward to reading it.

by ranb
Reading it now; a review will follow. 99 cents books on Amazon are nice. So far it is not exactly the type of book I would normally read, but it is absolutely not a waste of time and so far a decent read.

by ranb
I finished the book. My comments are below.


Page 10. Says Sanford probably drives instead of flies as "It would be far too challenging and time-consuming to take the pistol on a plane." I'm not aware of anything that makes taking a pistol in checked luggage challenging. It is very rare that the TSA or anyone else actually opens the gun case and takes down serial numbers. Perhaps the author is instead referring to the problems associated with showing ID when boarding a flight and the presence of video monitoring at airports.

Page 77. Claims a firearm equipped with a silencer will not spook game animals; not true. Says the 300 Blackout cartridge is unique because because it could be fired with subsonic or supersonic ammunition; it is not actually unique for this reason.

Page 100. Sanford sleeps on a tarp on the uncomfortable floor to reduce the likelihood of leaving DNA evidence in hotel room. Put the tarp on the bed and use a sleeping bag.

I think an organization as corrupt at the one Sanford is fighting would manufacture evidence to ensure he was held for murder.

There are some spelling, grammar and tense errors that could use some editing.

Keep up the work. Lots of people have a book in their head aching to get out. Few can actually put anything on paper that others are willing to read. I got several thousands words into a book on submarine life before I realized the only people who might enjoy reading it were my family and a psychiatrist.

by whiterussian1974
Ranb, you should post your work on Submariner Life.

I bet that several here would be interested in reading it. And probably Tens of Thousands more, it's just a matter of getting it exposure so that they know that it's available.

whiterussian1974 wrote:Ranb, you should post your work on Submariner Life.

I bet that several here would be interested in reading it. And probably Tens of Thousands more, it's just a matter of getting it exposure so that they know that it's available.

That it a good idea. It is one thing to write short stories, quite another to make them into a novel. My brother wrote a novel based on his live as an air force enlisted man in England. He is making progress; he is getting rejection slips instead of being ignored by publishers now. I'm trying to convince him to self publish online.
All times are UTC-04:00
Page 1 of 1
Powered by phpBB® Forum Software © phpBB Limited
https://www.phpbb.com/