General silencer discussion. If you want to talk about a specific silenced rifle or pistol, it is best to do that in the rifle or pistol section for that brand.

41F buying spree. I decided to get an MPX SBR instead of an old school Colt SMG. Gonna pair it with an Octane 45.

If the MPX-K (factory 4.5") isn't available for civilians, I'll make do with the 8" version and pray the 4.5" barrel can be purchased in the future.
Works out better since the longer handguard on the 8" is what you want for the integral look.
Top

I purchased a Thompson Machine SG-2, and the stamp came back a few days ago. Here are some pictures.

It looks like the original MPX-C which the ATF ultimately defeated, but it is not. That is a plain-Jane MPX-P, SBR'ed, with barrel cut down to 3 inches, and then a Thompson Machine SG-2 screwed on under the hand-guard.

The next picture is the same, but with the outer portion of the silencer installed.

The final picture is the same, but with an AAC Evo-9 9mm silencer installed.

I struggled with this picture, and I sincerely apologize for this final result. This picture is meant to illustrate the tolerances at work here. A piece of paper could be rolled around the SG-2, and then slid into the hand-guard without touching the hand-guard... but that's about it. It is very close... but it does not touch. Mega-kudos to Thompson Machine for machining their unit to the exacts specifications that they advertised. And mega-kudos to the individual who threaded my barrel, because if the shoulder wasn't perpendicular, then the tolerances would've revealed that.

This last picture is just the Thompson Machine SG-2, disassembled, next to an AAC Evo-9 for comparison. The AAC Evo-9 is a very standard-sized 9mm silencer, and the difference in dimensions between it and other 9mm pistol silencers is negligible. This picture is meant to show you some of the SG-2 internals, volume, as well as give you a size comparison between it and a common-sized 9mm silencer.

Surprisingly, the SG-2 isn't nearly as heavy as you'd think it would be, probably because it's mostly space... and also because it's meant for a 9mm, so it doesn't have to be engineered to withstand 300 Win Mag pressures and gas volume. The "SG" portion of the name indicates that it is meant to be for a sub-gun, and with a higher rate of fire, you'd get nasty blow-back with a regular K-Baffle 9mm pistol silencer. I bought this one for two reasons: first, it's the largest can I could find that would fit under the hand-guard, but also because I wanted something with a ton of internal volume in order to minimize blow-back on the Sig MPX, which the internet has rumored to be quite robust.

... except that I bought this silencer before I even fired my MPX with the AAC Evo-9, and I didn't find it to be unpleasant (gas-wise) in any way. Furthermore, it appears that Gen-2 MPXs are even less gassed.

The big question is probably: how does it sound? Folks, I'm not trying to be a tease here, but I haven't fired it yet. And... given my current personal schedule, it's going to be a bit of time before I do get a chance. Part of me thinks I should wait to see how it shoots before giving out praise, but another part of me thinks that giving feedback now, so people can start their wait-times earlier is also beneficial. Either way, I don't have real-world feedback on operation, so I'm sorry about that, but you do know that this can will fit, so that's something.

I fully plan to give a pic-heavy review sooner-or-later, it's just that I'm kind of booked up at the moment.
Top

Nice! I gotta get my barrel and rail cut.

Here is a 3-Lug adapter and a TiRant 9S...its louder than a full size can, but total OAL with the 8" barrel feels nice: 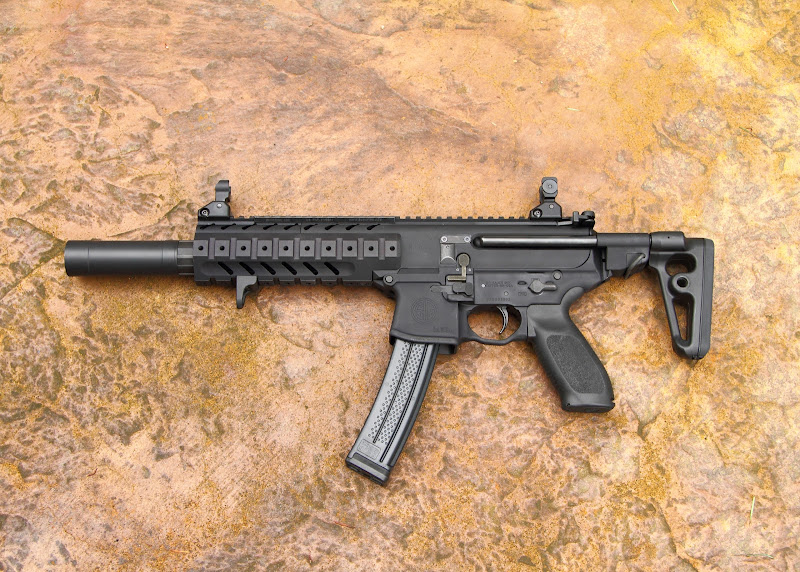 I read this thread long ago while doing my research for this... 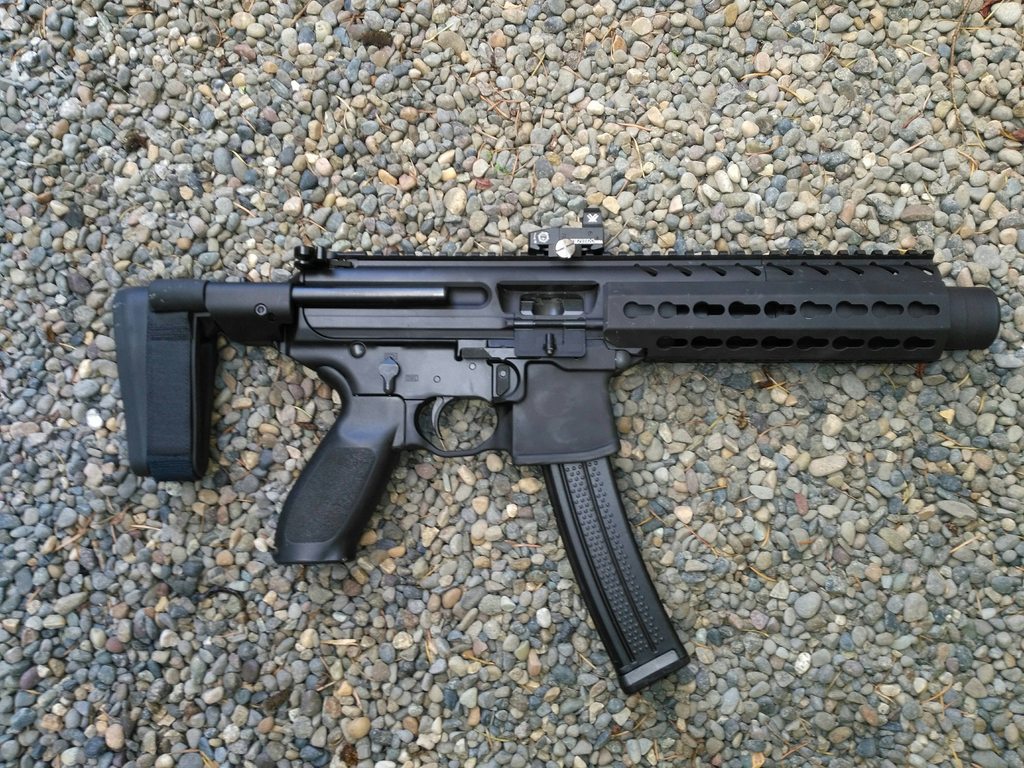 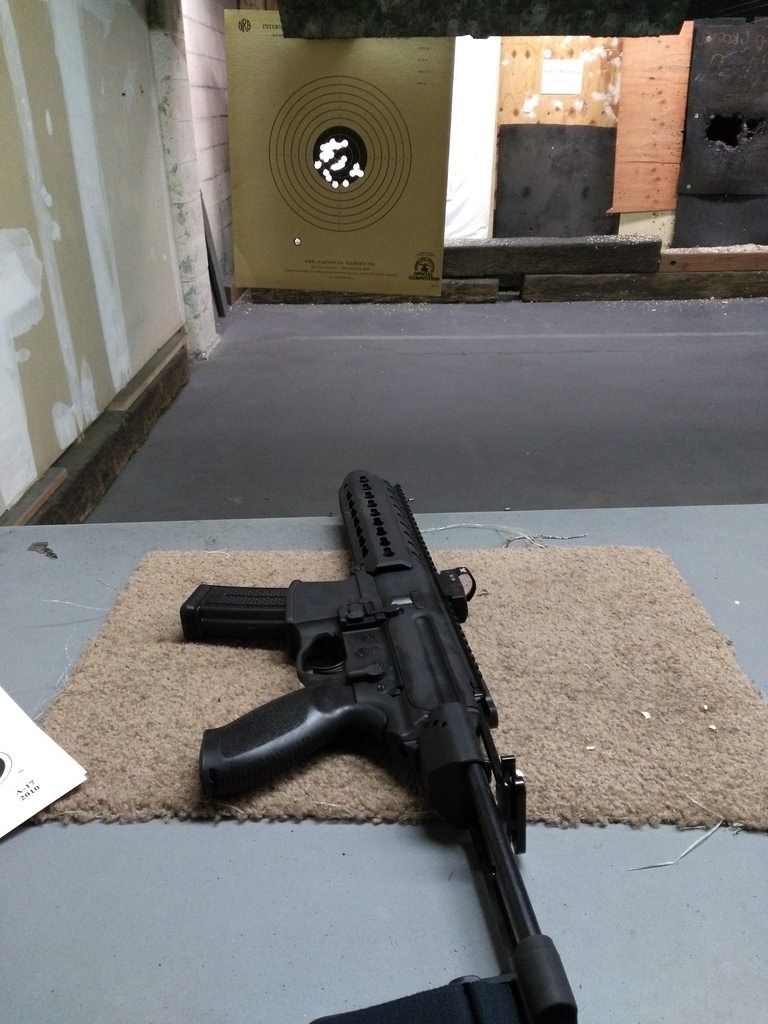 
While waiting for the paperwork, I used a MPX-K handguard. This was a pretty fun config, but obviously not quiet. 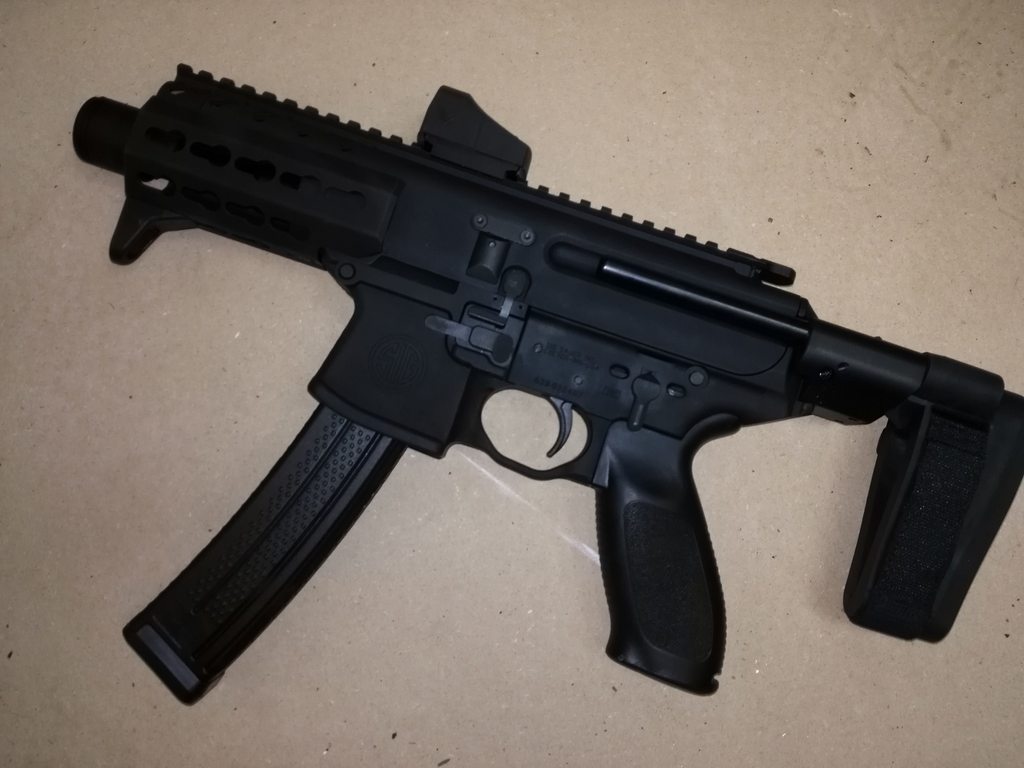 NexGen2 Defense will be releasing a 9mm carbine version of their MaxFlo 3D suppressor. This can virtually eliminates all back-pressure and blow-back.