I purchased an SR22 during a great Cyber Monday deal. I picked it up during lunch and took it back to work. When I got to the office, I installed the suppressor. I noticed it appeared to lean to one side when looking down the sights. Examining, it was clear the threading of either the barrel or adapter itself was not concentric with the barrel. It was bad enough were if I would had shot it, I probably would have blown the end of the silencer off, the very least a baffle strike. 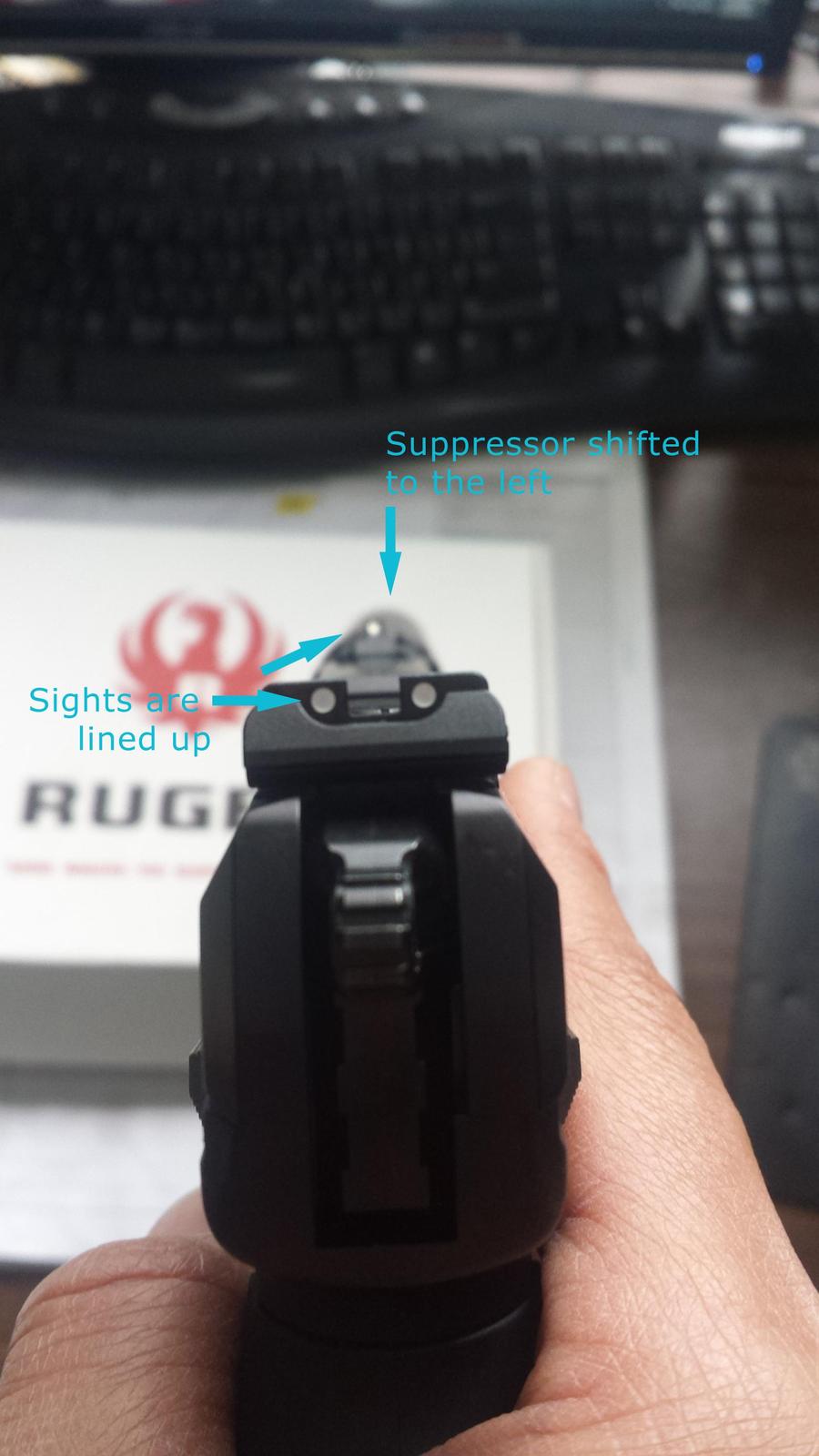 I immediately called Ruger CS. Within minutes, I had a FedEx 2nd Day shipping label, and it was on a truck back to them by the end of my work day. I received an email from Ruger CS the day after it arrived at their facility. They explained they would have to replace the gun. The following day I got another email indicating that my gun was shipping and going out FedEx 2nd Day again, and I would be reimbursed for my transfer fee to my FFL.

I picked up the new gun after work today. Brand new, like it was just off the shelf. They also included a bonus cleaning cloth for me for my troubles. When I got home, I took apart the gun and verified that when the suppressor was installed, it was centered. Took it outside and tested to make sure nothing would hit. Although it was a crappy situation to get a gun with that sort of problem new, CS did everything to make it right and kept me in contact. Couldn't be happier how it went.

So, if you pick one up, just be sure the threading is centered with the barrel. Suppressor used was a SWR Spectre II.
Top

That is awesome that they made it right. Your right though it sucks it even happened in the first place but nothings perfect.
Top

I just don't want another member to accidently blow their end cap off their suppressor. On another note, I must have been drunk when I posted that because I wrote that the suppressor is shifted to the left when it's clearly the right in the photo...

I sent mine in 3 times with no success from Ruger CS.

I sent the target, lot #s, explained the problem, talked to multiple CS people because they could not wrap their heads around bore concentricity, baffles or how a bullet can hit completely sideways within 21 feet of leaving a can.

Shot fine with no can.

They replaced the adaptor and barrel each time.

My Spectre work great on my MK2, Mosquito and every other weapon I shoot it on. But then Ruger did NOT thread any of those weapons.

I sold the POS SR22 since Ruger apparently could not fix it. At least it was a new pistol for the buyer, and that person does not own cans.
Regard your soldiers as your children, and they will follow you into the deepest valleys; look on them as your own beloved sons, and they will stand by you even unto death.
Sun Tzu
Top
Post Reply
4 posts • Page 1 of 1